sounds of our separation 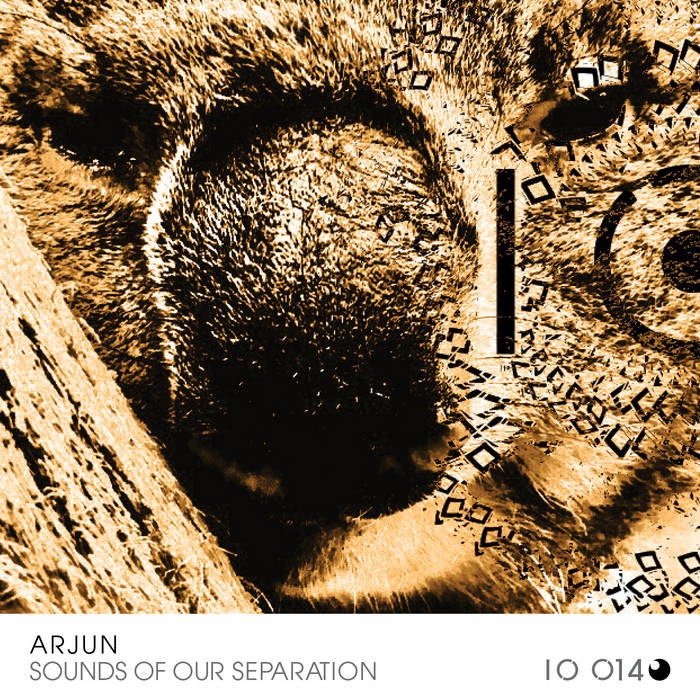 ARJUN BRUGGEMAN's first foray into ambient electronic music explores the waves of emotion felt over distance, as separation and solitude intermix with the unique energies of passing through sacred spaces. There is no better time than these strangest of times to release his "sounds of our separation" EP on IO. This be the first missive in a renewal of IO's interdimensional mission to amplify otherworldly frequencies, and the first in a series of deep ambient releases from Arjun.

Sounds of our Separation was recorded in 2018 while on tour with Krishna Das in Australia and New Zealand. It was winter and I was longing to be with my loved ones—especially my dog, Mooji. This was when I first began recording electronic music using Ableton Live.

Wherever I am, I enjoy tapping into the unique energy of the land. In this state, I feel liberated to create; hotel rooms become a container for experimenting with odd time signatures and ambient sound as a way of invoking other realms and freeing the mind.

This has become my preferred way to create music when I’m on the road. I intend to release albums I’ve written in special places throughout Europe, Maui and during this time in quarantine in Upstate New York.

I look forward to continuing this work.

BIO
Arjun Bruggeman is a world percussionist, multi-instrumental composer, and drummer known for blending rhythms and influences from Indian raggas and reggae riddims to electronic ambient, jazz and punk. A life-long devotee of Neem Karoli Baba, Arjun has sought to merge his inner spiritual quest with expressions of sacred sound, which has led him to tour and collaborate with Grammy-nominated kirtan singer Krishna Das, poet Coleman Barks, and musicians Sting, Mark Egan, Jerry Morrata, Steve Gorn, Jackson Browne, David Crosby and Graham Nash. He has also recorded and performed with artists including John Densmore and Robby Krieger (The Doors), Michael Franti (Spearhead), Jason Mraz, Belinda Carlisle, Jon Anderson, Trevor Hall, Robert Bly, Snatam Kaur, Shyamdas, and The John Ginty Band. In 2016, Arjun released his self-titled debut album Arjun, which he describes as "a musical journey of the soul." His debut was followed by a well-received 2018 collaboration with jazz artist Mark Egan, Dreaming Spirits, on Wavetone. In 2019, Arjun released Otherworld (Baby Guy Records), an album exploring the intersection of percussive improvisation and otherworldly soundscapes, with friends Mark Egan, Shane Theriot and David Darling. His first EP for IO SOUND, entitled Sounds of our Separation, focuses on recordings improvised with electronic equipment while on tour in Australia with Krishna Das.

Thanks to my family and friends for their love, Krishna Das for the tour and hotel rooms, the koala for the pic, and tobias c. van Veen at IO. Thanks to music itself as non-existent creation of our dreams.