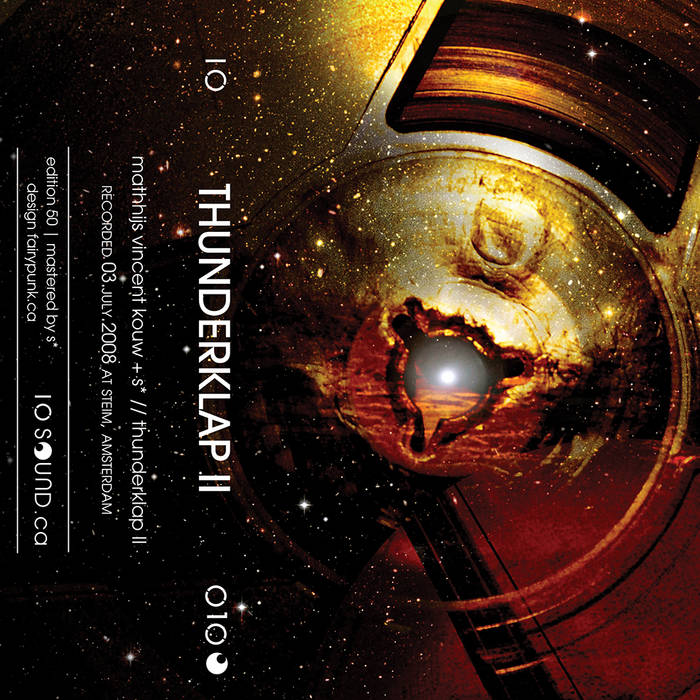 The second half of an intensive improvisational session conducted at STEIM, Amsterdam on 03 July 2008 between S* + MVK, as we mourned the passing of Michel Waisvisz.

Matthijs Vincent Kouw — is a Dutch sound-artist and experimental composer exploring the relation between movement and stasis by juxtaposing drones with more dynamic counter-elements — a process that may be called “kinetic engineering.” Using a wide variety of sources which are persistently regurgitated (ranging from field recordings to synthesised material), Matthijs has recorded under the monikers swerve, mvk, and matthijs vincent kouw (1998 – present). He has presented music for theatre (2001, 2002), music for dance pieces by performance artist Lisa Marie Patzer (2001), and Ina Senftleben (2005, 2006), music for film (2003), sound installations (2001, 2004, 2005, 2009), collaborations with Radboud Mens (2002 – present), Luc Doebereiner (2004 – 2005), and with Markus Wenninger and Claudia Steens as a member of the “Unknown Violent Event Ensemble” (2004 – 2005). From 1999 to 2003, Matthijs hosted an experimental electronic show on Amsterdam's infamous Radio 100.

s* ––– offworld improviser riding on beams of sound and light. IO.SOUND is her imprint.